A Hunter’s Diary: The Waiting Room 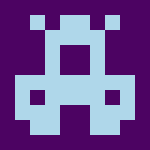 This last week has been one of the few times in gaming I typically loathe. The waiting room. This time, it’s been the ‘Elden Ring’ waiting room. But the reason I dislike it has nothing to do with impatience or wanting my new toy now. It stems from my gaming tendencies, my drive to be a completionist, and, frankly, crippling choice paralysis. So in this prologue of sorts to my Hunter’s Diary series, we will get a nice early insight into how my gaming brain ticks and why this last week has left me dissatisfied and starving.

It all started when I realised I would definitely not have time to start, let alone finish, ‘Horizon Forbidden West’ before Elden Ring releases. Some gamers would be quite content with getting 10-20 hours into Horizon and then dropping it when Elden Ring launches, returning to it months later. That’s not how I game. When I drop games, there’s a good chance I won’t get back to them until years later, and when I do I will basically be starting fresh. If gaming was a meal, I can only really handle one main on my plate at a time. I can supplement it with side dishes, lord knows ‘Fifa 22’ has been picked away at for months on end at this point. 400 hours deep, platinum trophy safely in the cabinet; but still I return to it regularly as a palette cleanser, a game for when I have an hour spare and no brain space for anything much deeper than “scoring the goal feels nice”.

So why has this week been so unsatisfying? My plate lacks a main. Previously, it was my revisit to 2008’s ‘Star Wars: The Force Unleashed’ that was keeping me content. I had been on a bit of a binge of Star Wars media lately and, short of any new Star Wars games to play, I jumped back into what my memory considered to be a classic. It was not. It was, however, buggy and a mess to handle. To continue this meal analogy, it was like trying to eat a bowl of soup with your fingers. After force gripping stormtroopers off the cliffs of Kashyyyk to their doom had lost its charm, I felt fine to put the game down and walk away. Maybe I’ll go back to Platinum it one day but, as above, probably in a few years from now. When returning to a PS3 game will be even more jarring and unpleasant.

As we snuck closer and closer to Elden Ring’s release then, I was hit with an old familiar sting. No game to play? Start a new game? But…. not too big a game. Cos Elden Ring.

And like that, choice paralysis would hit. My backlog is chock-a-block full of brilliant games to play, but finding the right one, that I could reasonably complete within the time gap between then and Elden Ring? Not an easy task. And when that is the case what usually happens is I will forego my main and instead fall back on my tried and trusted side dishes. A spell of Fifa here, a climb of the ranked ladder of ‘Hearthstone’ there. Not very filling, not much to write about. But they do the job. They fill the time.

And now here we are on the day of Elden Ring’s release and I finally have a nice, fat, and juicy steak on my plate once more.

Time to tuck in.

A Hunter’s Diary seeks to chronicle the gaming habits of a self-proclaimed completionist and platinum trophy collector.